Intelligent Light announced the availability of a sneak peak at FieldView 14, the upcoming release of their CFD postprocessing and visualization software. 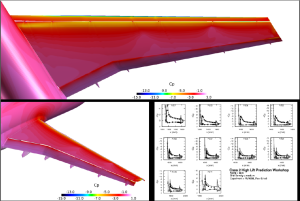 This new version of the software includes new abilities for comparing multiple datasets, interactive visualization of millions of particles and much more.

Next time you’re at a party, look for Autodesk’s Project Falcon. At Design Night in San Francisco folks could mount the bike, get scanned by a Kinect and then see the flow around themselves. (Click image for video.)

Given how bubble-wrap is so addictive from a tactile standpoint, it was only a matter of time before enterprising engineers and scientists at U.C. Berkeley applied computers to the physics of bubble popping. Now the problem is I can’t stop watching this video.