This roll jet simulation of the Orion space capsule was visualized using Tecplot. Image from Tecplot. See link below.

Not your typical geometry for CFD simulation. Image from R&D Magazine. See link above.

Just a CFD shower curtain, one of the many CFD-themed gift items from Symscape. Click image for article. 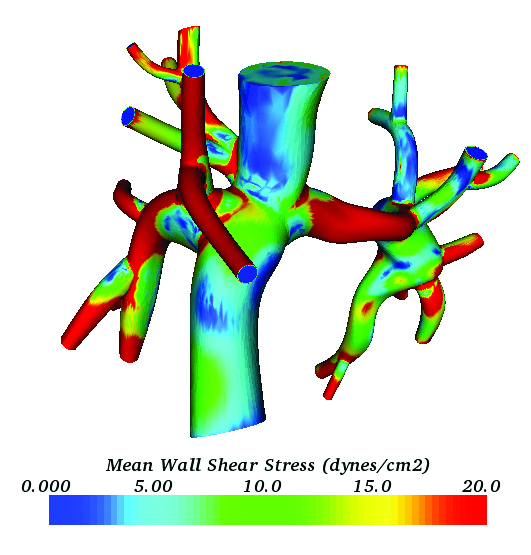 Honestly, Wassily Kandinsky’s 1922 painting Black Grid only got on my radar because of its name. It’s almost like a riddle – what’s that regular grid doing in the midst of all that flowing chaos? Does it anchor the rest of the painting or float above it? I don’t know. Maybe you have some thoughts.

Bonus: I’m glad I’m not the only CFDer who writes about art. Read about the fine art of engineering from Mentor Graphics.