An example of postprocessing a simulation using ParaView inside SALOME. Image from Kitware. Click image for article.

I just really like this image from an Actran acoustic simulation. Image from MSC. Click image for article.

Whale of a Winner 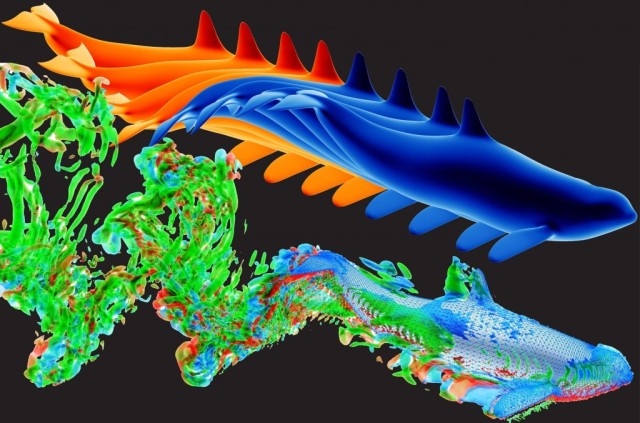 Bonus: MIT students make a sculpture out of water.

P.S. I hope you like this “husky” version of This Week in CFD because we’re going to skip next week and publish next on 13 May. And there’s something else interesting on the calendar for that day – besides being Friday the 13th – that we’ll say more about later.