This first edition of This Week in CFD for 2018 begins with a must-read article with some prognostication about what the year ahead may bring and a must-watch video of a quad-copter simulation. (Image credit: ANSYS Discovery Live from Engineering.com) 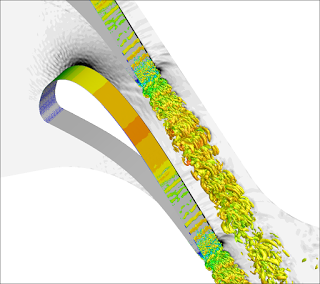 Screen capture from a fantastic video of a quad-copter simulation performed at NASA. Image from nasa.gov. See link below.

Alert reader Chris pointed me to the work of Peter Kogler as featured on colossal.com. However, the article uses words like “vertigo” and “hallucinatory” but all I see is a beautiful structured grid, overset or not. However, whether these rooms/grids challenge the viewer’s “sense of sanity” is more aligned with common thoughts on grid generation. 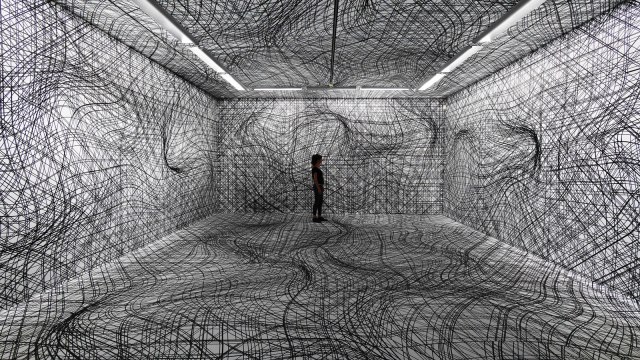 Bonus: Thank you to alert reader Conny who joined a group of us for a morning jog at AIAA SciTech after learning about the event from a post here on AFM. I look forward to running with more of you at future AIAA conferences although I must admit the prospect of running in downtown Atlanta in July (at AIAA Aviation) has me sweating already.

2 Responses to This Week in CFD