If Discovery Live has you jazzed about the potential of real-time simulation, there’s an article you have to read about what makes it possible. We at Pointwise announced a new case study on best practices for propulsion aerodynamics and a workshop on marine and wind energy applications to be held in Hamburg in September. Plus there’s all sorts of other news from the CFD world and beyond.

One of the grids generated with Pointwise for the recent AIAA Propulsion Aerodynamics Workshop.

I like this image from the website for a seminar on hydrodynamic modeling of coastal models using Delft3D Flexible Mesh. Image from deltares.nl.

CADfix 12 is now available for production use. It includes a mesh-CAD comparison tool (shown above). Image from iti-global.com. 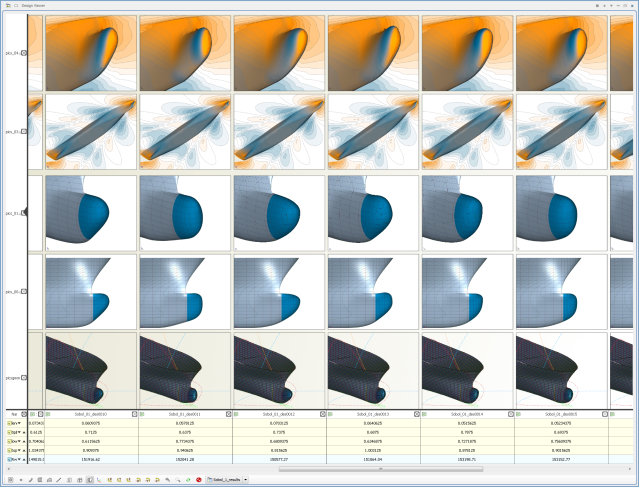 When setting up a range of design parameters for an optimization, CAESES provides a tool to check the robustness of the resulting geometry models. Image from caeses.com.

Thanks to alert reader Joe, we have the facets of Anish Kapoor’s Untitled 2012, currently on display at MASS MoCA, to ponder. 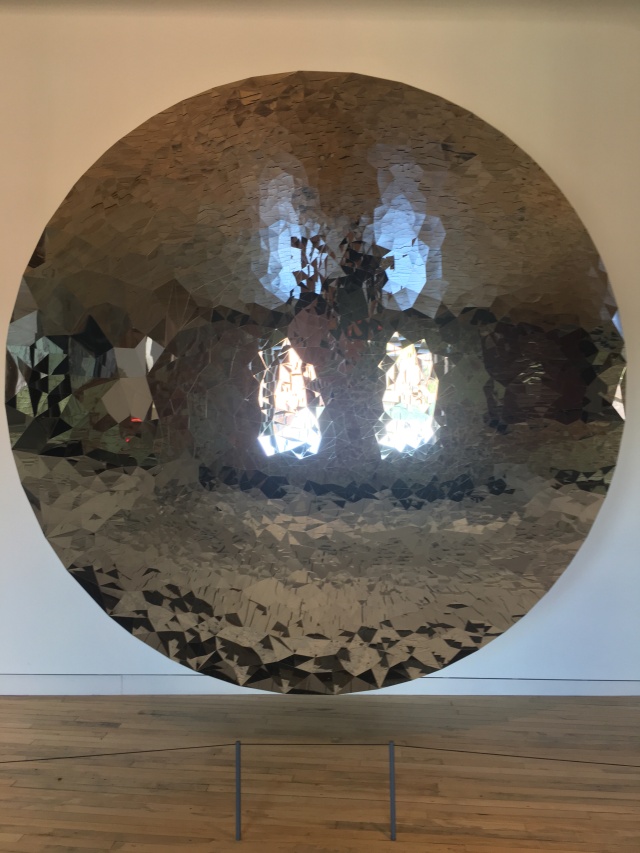 Kapoor’s work has been featured here before. In the summer of 2015 we wrote about Sky Mirror which had recently been installed at AT&T Stadium (aka Dallas Cowboys Stadium, aka Jerry World, aka The Death Star). Sky Mirror is a 35 foot diameter,  stainless steel, concave dish that’s been polished to a mirror finish.

On a smaller scale, Untitled takes that concept a bit further by replacing the smooth finish with a faceted one as seen in the closeup below. I have reached out to the museum to find out more about how the faceting was designed and created. 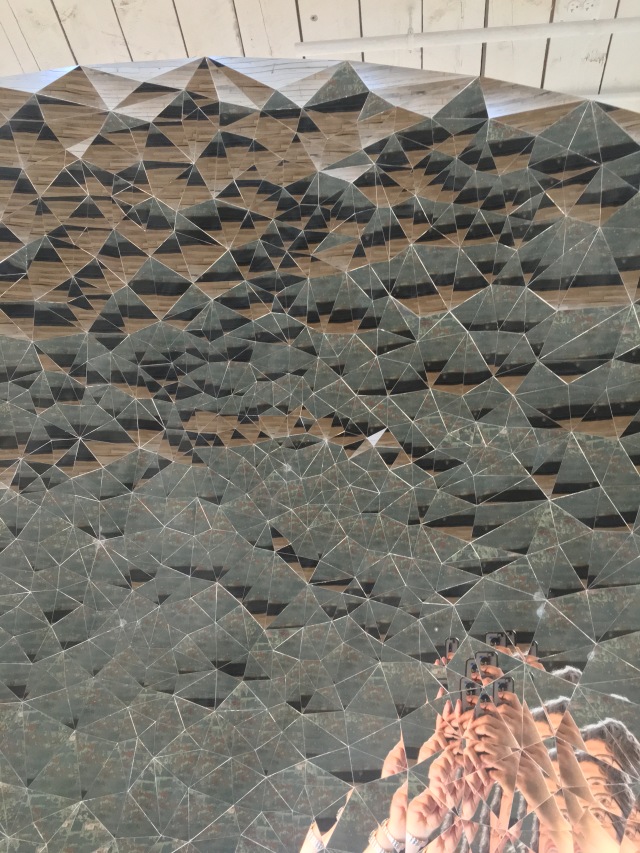 Facets within facets, meshes within meshes. Notice the 3-D effect. I believe most of us have seen visual effects like this and therefore stating that this work truly activates the space it occupies won’t be seen as too controversial. As one moves around the work, the reflection crinkles in unexpected ways. Even stationary, as shown in the photo above, the gallery’s reflection is discontinuous. All art is experiential; this piece makes that abundantly obvious.

Here’s where I’ll push the interpretation. CFD is like the smooth reflection in Sky Mirror; the real world is reflected, albeit with a slight distortion. (Perhaps influenced by the fact that Sky Mirror is mounted on a black pedestal bathed in constantly recirculating water.) The effect of meshing is like Untitled; if not done well, the real world becomes very distorted, even fragmented.

Bonus: Alert reader Niels recently visited Reykjavik and was intrigued by the layers and types of faceting employed by the architects of the Harpa Concert Hall and I can see why. I found some photos on Hyperallergic that are worth looking at, one of which is included below. 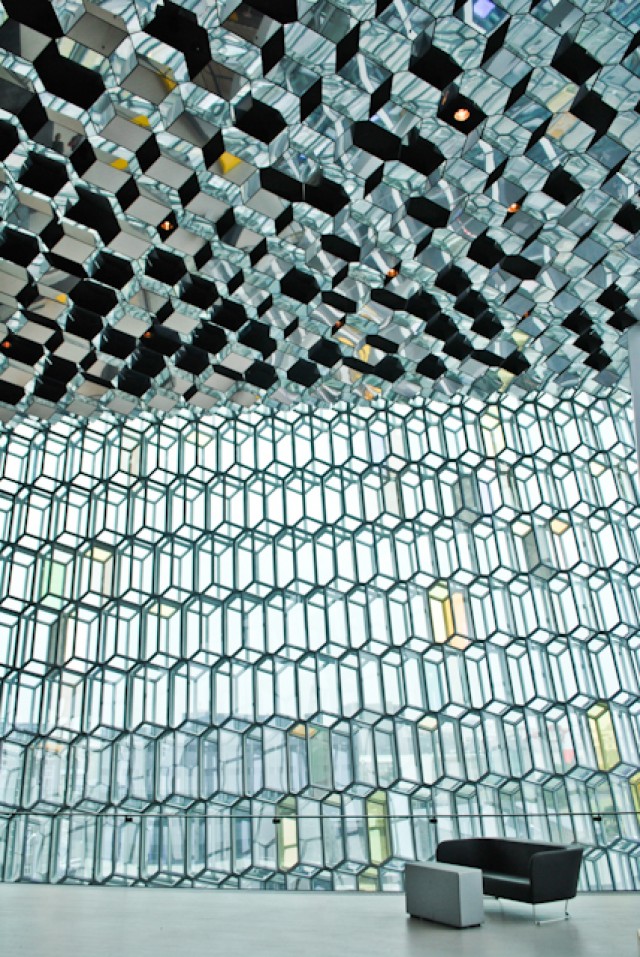 Interior view of the Harpa Concert Hall in Reykjavik. Image from hyperallergic.com.