This week we’ve included a lot of commentary on an article about automatic mesh generation that appeared on the Digital Engineering 247 website. Like last week, there are several job postings worth sharing. And as always there’s a lot of software and application updates like the relatively new CREATE Genesis package for educational uses (their CFD solution shown here).

A complex assembly as visualized in Altair HyperMesh. Image from digitalengineering247.com. See link above.

SimScale shares a “how to” for operating room simulations using CFD. Image from simscale.com.

A Mesh We Can All See This Summer

Let’s bookend this post with another work by someone named Kenneth. Kenneth Wong started us with meshing and Kenneth Showell brings us to a close with Besped from the collection at the Blanton Museum.

The good news is that with the U.S. Congress on Computational Mechanics, including MeshTrends and a mini-symposium on mesh adaptation, happening in Austin this summer we can all go visit the Blanton Museum and see Showell’s curvilinear structured quad grid in person.

I haven’t been able to find out much about Showell’s influences from the artist’s website so we’ll just have to enjoy his work at face value for now. 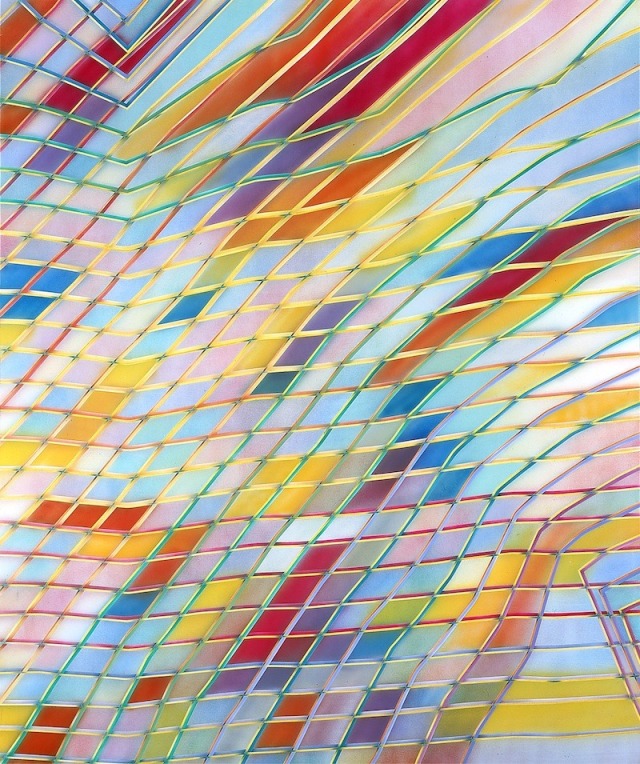 Bonus: Why video games are made of triangles.

Screen capture from Vox’s video Why video games are made of triangles. See link above.

1 Response to This Week in CFD