Jobs, internships, and events seem to be the order of the week with lots of hiring and lots of announced CFD and meshing conferences. From the long-read department comes several articles on shape optimization, open-source, and geometry modeling issues. And there’s a nice article on something from the CFD toolchain that gets less recognition than meshing: overset grid assembly, this time in the form of NASA’s Pegasus 5. The image here is from that article.

CFD-computed streamlines around an F-1 car from an article about Renault’s approach to aerodynamics. Image from f1i.com.

Simulating daylight in the cloud. [Sounds contradictory.] Image from ladybug.tools. 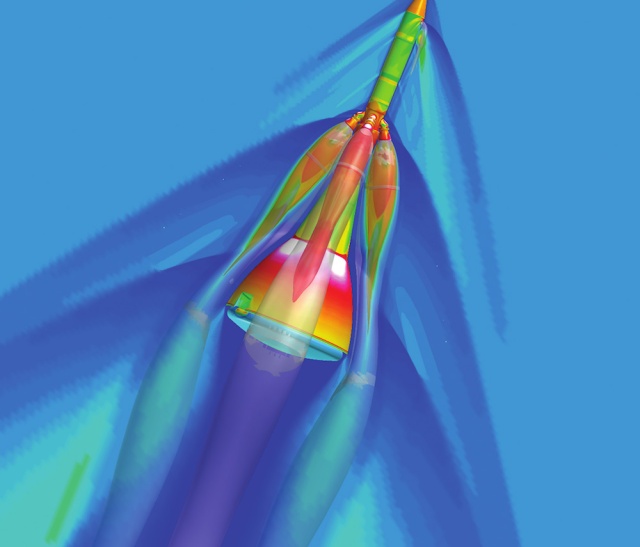 NASA CFD simulation of the Orion Launch Abort System in which Pegasus 5 was used to pre-process the overset grids (aka overset grid assembly or “hole cutter”). Image from techbriefs.com.

According to the exhibition write-up from the Nina Johnson Gallery from which I discovered Joshua Abelow‘s geometric paintings, he likes to setup a system of producing art and then disrupt that system by breaking the context. The grid-based work shown below is one of the less disruptive so I urge you to click the link and see more of Abelow’s work. I can’t help but see the planform of the B-2 in the lower left.

Who isn’t trying to disrupt the system of creating a grid?

Bonus: What do shoelaces have to do with finding the area of a polygon given its vertices?

What’s the area of this polygon? Image from futilitycloset.com. See link above.